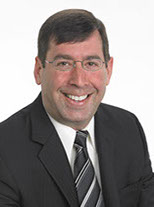 The posted material in the "Blog" is organized chronologically under the "Index" tab. Each entry represents a separate historically significant statute/act/resolution.

The "References" tab contains resources and links to other sites of interest for researchers and students of history, including primary sources and reference material.

Given the lack of an authoritative catalogue for antiquarian American law books, it is hoped that statutesandstories.com may become a useful tool for collectors and bibliophiles.  In particular, the "Catalog" contains a list of antiquarian law books, along with the first compilations of the Acts of Congress (published by Richard Folwell, Childs & Swaine, and William Ross) in the days before the creation of the Government Publishing Office in 1861.

Note that it is common for antique books to contain red/orange discoloration known as "foxing". The thick pages ("leaves") were printed on a cotton fiber paper, which has held up remarkably well in most cases.

Older books were generally bound with calf leather with decorative gilt labels on the spine. Abrasion/scratches to the "boards" is known as "rubbing".

Many, if not all, of these historically significant books have been digitized by Google, in partnership with large research universities (including the University of Michigan, Harvard, Princeton) and the Library of Congress. Ideally the link to the digitized copy of the book will be posted along with its description in each album.

Hardly anyone can deny that it is cool to read from a copy of a book that belonged to George Washington, Thomas Jefferson, John Adams or other founding fathers. By way of example, Thomas Jefferson’s copy of the Federalist Papers was given to him by Angelica Schuyler, Hamilton’s sister-in-law. The copy was sent to Angelica in Paris by her sister, Elizabeth Schuyler Hamilton, Alexander Hamilton’s wife.